Throw it down and bring your best – streetstyle football is here.

Sick style and high-energy action come together in this completely over-the-top football experience. Featuring six distinct game modes from open-ended Freestyle and Trick Shot modes to head-to-head competition in Panna and up to 3v3 matches in Street Power mode, you’ve never played football quite like this.

Ready to take it to the next level? Join street football legend Sean Garnier and face off with freestyle football greats on crazy playgrounds and pitches around the world. You’ll learn to run circles around your friends and pull off insane tricks as you grow your status to become Street King.

Become Street King: Learn how to rule the streets and blow away the competition with your own character under the coaching of Street legend Sean Garnier.
Get the Crew Together: Grab your friends and unleash your street style with 2-player local or online party play!
Six Unique Game Modes: Dance-like Freestyle, 3v3 Street Power matches, Trick Shot, Panna Cage battles, Elimination and Become King story mode.
Over-the-Top Tricks and Super Powers: Play with style and stun your opponents with sick tricks like Boyka’s backflip, Liv’s around the world, Melody’s special moves or Andreas’ windmill. Unleash amazing Super Powers to blow away the competition.
Play with Style: Customize your team with stylish street fashions, custom emotes and tattoos!
Authentic Streetstyle Culture: Play with the best Street and Freestyle players in the world like Liv Cooke, Melody Donchet, Soufiane Bencok, Daniel Got Hits, Raquel Benetti, and Andrew Henderson and many more. Turn up the volume with hyped-up tracks by Black Eyed Peas, DJ Snake, and Snap as you take to streetstyle stages from around the world including the official Red Bull Street Style World Championship stage. 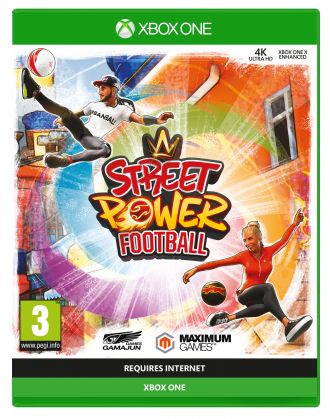