POWER RANGERS BATTLE FOR THE GRID

A modern take on the 25 year franchise, Power Rangers: Battle for the Grid pits current and classic Rangers and villains like never before in 3v3 tag team battles. The controls promote simplicity and fluidity, enabling beginners to enjoy the combat system and encouraging advanced players to delve into its gameplay mechanics, which include real-time assist takeover, dynamic defense through push blocking and aerial guard, customisable juggle combos, and a unique Megazord comeback mode. 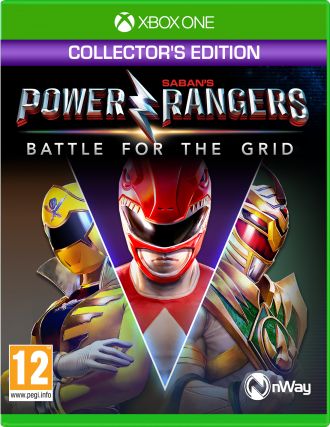