Explore a post-human Earth where mankind has been eradicated by climate change, nuclear war, and pandemics. Will your team of mutants survive the Zone?

The Deluxe Edition includes a new expansion DLC adding hours of more gameplay and story, a new character, and new locations to explore.

TACTICAL STRATEGY EVOLVED
Jump between real-time exploration and a deep, tactical combat system at will.
EXPLORE A POST-HUMAN EARTH
Journey through a world of abandoned cities and an overgrown countryside as you unravel the story of what happened to our earth.
CONTROL A TEAM OF MUTANTS
Talking animals and other mutants – these aren't your typical heroes!
MASTER THE STEALTHY APPROACH
Real-time stealth allows you to sneak into enemy camps set up ambushes.
UNLOCK MUTATIONS
Shape your characters by giving them unique mutations such as Stoneskin, Moth Wings, Hog Rush or Corpse Eater.
DYNAMIC ENVIRONMENTS
Stay out of floodlights, hide from line of sight, or just blast down walls and create havoc! 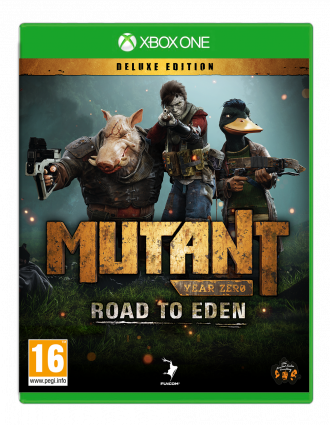