Mega Airport Oslo V2.0 is a highly realistic recreation of the airport with a high level of detail based on the plans for the 2017 expansion. It includes sharp high resolution textures with beautiful night and seasonal textures. All based on photos taken at the airport. To make the airport come to life the scenery is filled with animations, passengers boarding and de-boarding your aircraft and more.

Oslo Airport has grown a lot in the last years. In February 2013 it surpassed Copenhagen as the busiest airport in the northern European countries for the first time. It has two parallel north/south runways. It connects more than 28 domestic and 100 international routes and serves as the main hub for Scandinavian Airlines and Widerøe.

The scenery features photo real terrain with night and seasonal variations to show the harsh environment during the winter. 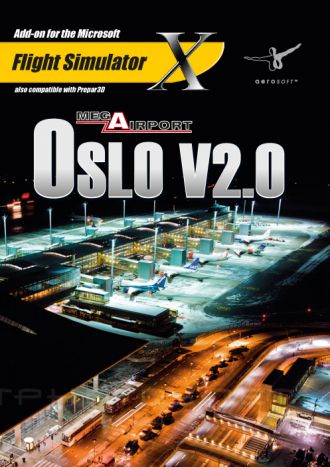