Experience one of the most exciting professions in all its depth – Emergency Call 112 – Platinum Edition includes both the base game and the add-on KEF – The minor operations vehicle.
Emergency Call 112 is an exciting, fully detailed simulation of the eventful life of a big city fire department. It was developed in cooperation with and modelled on the fire brigade of Mülheim, Germany. Mülheim has one of the largest and most modern fire stations in Europe. Particular attention was paid to realism and accuracy in creating the various missions.
Never before has a simulation offered such great level of detail for the fire department vehicles, including and especially the fire engine LF24. All of the equipment and functionality have been incorporated. The water tender, turntable ladder and swap body vehicle are also fully functional and available for the virtual fireman. An AI-controlled command vehicle is also included.
The add-on "KEF – The minor operations vehicle" adds the namesake minor operation vehicle (German: Kleineinsatzfahrzeug, KEF) to the player’s fleet that’s being driven by a single person. Players can look forward to callouts like emergency door openings, cleaning oil spills, and barriers, as well as the kind of operations the fire fighters are tasked with following heavy storms. The KEF included in this add-on is a highly detailed model of a VW T4 HD. 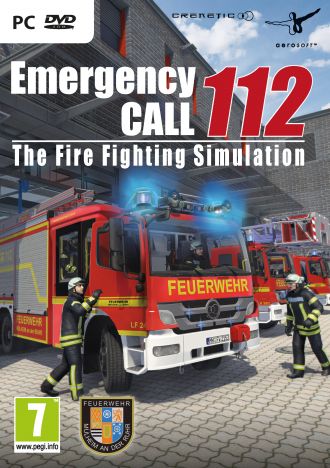