Now we’re opening up the world of Bullworth to a whole new audience with the forthcoming versions for Xbox 360 and Xbox One under the title, Bully: Scholarship Edition.

Both versions include a number of new features to both take advantage of their individual strengths and also to greatly increase the depth of the game.

Bully: Scholarship Edition on the Xbox 360 or Xbox One – experience the story of the mischievous 15-year-old Jimmy Hopkins as he goes through the hilarity and awkwardness
of adolescence at Bullworth Academy. Beat the jocks at dodge ball, prank the preppies, save the nerds and kiss the girl. Scholarship Edition boasts new missions, classes, characters and
multiplayer mini-games for an all new experience and a must have for next-gen consoles. 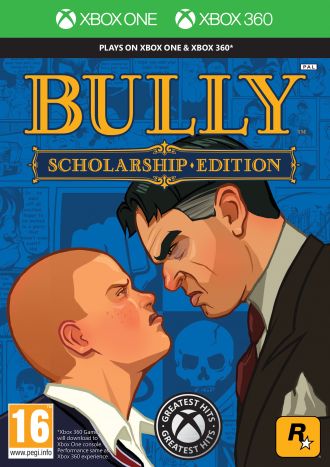