The 12cm tall light contains a 3D laser etched crystal model of Darth Vader holding a lightsaber. The light has three lighting modes - choose between resistance blue or empire red, or let the light phase between the two. 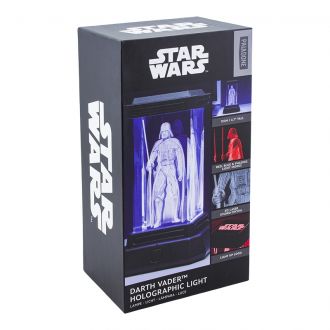