Officially licensed by Xbox, the PowerA Dual Charging Station eliminates the cost of replacement batteries. This charging station works with the newer Xbox Series X|S controller and is even compatible with Xbox One wireless controllers.

A reliable charging solution, each Charging Station comes with two charge-thru battery doors--two for Xbox Series X|S controllers and two for Xbox One controllers--plus, two rechargeable battery packs. Focus on the game and not on the charge and get ready for hours of gameplay. 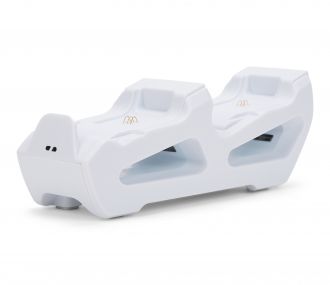