Thrustmaster is now giving members of its flight sim community the opportunity to totally customize and build their own dream setup from the ground up, thanks to the launch of a standalone version of its beloved HOTAS Magnetic Base for the very first time ever. The ability to purchase the base on its own gives simmers a level of adaptability that they’ve only been able to dream about until now, allowing them to use any of their favorite Thrustmaster add-on flight sticks (sold separately) with the base — and ushering in a brand-new era of optimized, fully customizable flight experiences for each and every user. The HOTAS Magnetic Base also proudly sports an eye-catching logo paying homage to the HOTAS Warthog™ Flight Stick’s 10th anniversary, sure to appeal both to collectors and old-school simmers looking to give their flight setup a dramatic instant upgrade. 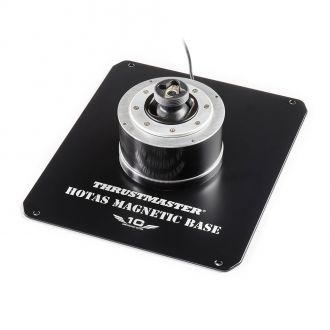